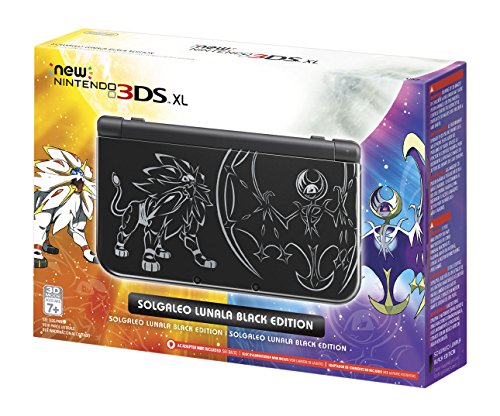 With two screens and a clamshell shape, the  is one of the best handheld gaming systems on the market. Nintendo manufactured one of the original handheld devices, the Game Boy.

After many upgrades to the Game Boy Nintendo released the DS, and are now making their way through the upgrades for this portable gaming device.

The 3DS has many upgrades form the Nintendo DS. With color-coded action buttons and now two analog sticks that move with precision to control your character, gaming on the Nintendo 3DS has become a lot easier.

With that being said, the new added analog stick, called the analog slider is not compatible with Game Boy or Game Boy Advanced tiles/games, because there is no way to move your character in any direction in those classic games.

The main screen on the side with the buttons is a three-inch touchscreen display, that you can use the stylus on. The 3DS comes with a stylus that can be found on the back next to the cartridge slot. The top screen is a parallax-barrier 3D screen that is 3.5 inches (diagonally) and is 800×240 pixels, making the images exceptionally clear.

And the best part about the 3D function is that you can view the pictures in 3D without having to wear uncomfortable glasses because the screen has built in lenses.

But with that being said, you will get the best view if you hold the screen about 12 inches away from your face, any closer or farther away can mess with how you view the screen. If you don’t want to strain your eyes to be able to view the 3D effect there is a gray slide bar on the side of the device that can intensify or reduce the 3D effect.

The most important aspect of any portable gaming device is the battery life. Unfortunately, not only does the battery life of the Nintendo 3DS not last very long, around 3-4 hours, but it also does not come with a charger! Which stems to be very strange for any technological device that you purchase in today’s market.

So, when purchasing the Nintendo 3DS, also remember to purchase your charger.

If you are wanting to step up your gaming display, a Nintendo 3DS is the device to buy. With the majority of the new games offered specifically for the 3DS the 3D effect is something you cannot see on any handheld gaming device.

Not only does this effect work for new video games but you can also turn your pictures into a 3D, popping out photo!

The high-resolution display on both screens is clear and makes gaming easy, without having to strain your eyes to see the characters. Plus, the new analog glide stick on the 3DS makes it easier to navigate your character around in their world.

But on the other side, the 3DS does have some downfalls. Especially in the battery category.

If you plan on purchasing this device and wanting to play it nonstop make sure you purchase a charger with it, because for whatever reason, Nintendo does not include a charger with the 3DS. It is the same charger that is used for the Nintendo 2D, so you may be able to find a cheap one to go along with your 3DS.

Also, the battery is only estimated to last about 3-4 hours of non-stop gaming. Which is not very much if you will be using your portable gaming device for road trips. But if you plan on playing at home or having a charger nearby, the Nintendo 3DS is worth purchasing despite its short battery life.