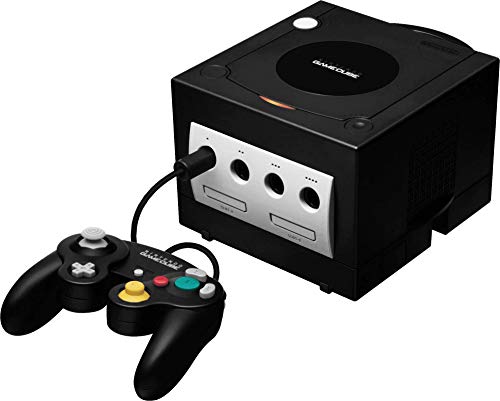 Sony released the PlayStation 2 and Microsoft the Xbox 360, Nintendo only felt like it was time that they released a new gaming system called the Game Cube.

An obvious way the Game Cube got its name was from its design, in a small cube-style console, the game cube came with four controller ports  and two memory card slots for keeping saved games onto since it lacks an internal hard drive all together.

While Nintendo released this gaming system to compete with the PlayStation 2 and the Xbox 360 there were many things that it lacked making it hard to even stay alive with the rise in technology.

To begin with the Nintendo Game Cube only plays first-party Nintendo Games. This includes the infamous Mario, Zelda, Donkey Kong, Pokémon, and other Nintendo made games that are mostly family friendly and geared towards children.

The Game Cube was also Nintendo’s first system that played a disc versus a gaming cartridge. But the discs that Nintendo used were smaller than the typical DVD disc that the PlayStation 2 and Xbox 360 both geared their games towards.

They used these smaller discs to avoid piracy of their games. With that being said, they were also unable to play Blu-ray or DVD movies.

While other companies were busy engineering gaming systems that were able to be a multi-entertainment device, Nintendo stuck with the idea to only produce a console that is meant for gaming only.

Although the device is slightly different than what you would expect from video game consoles, the controller appears to be similar to the Sony’s and Microsoft’s gaming devices. With two analog sticks, a directional button pad and four action buttons, you are able to fight off any villain in the games.

Nintendo has been around for decades making children of many ages happy, and the Nintendo Game Cube is no exception. With popular titles like Mario Bros., Pokémon, Donkey Kong, and others, this system will play all of your favorites and then some.

Nintendo believes in creating a system that is solely used for playing games. When they switched from the plastic gaming cartridges to the small compact discs, they felt that it would deter people from believing their gaming device could also play movies.

They also used smaller discs to keep people from pirating games online and not legally purchasing and playing the games like they should.

With many kid friendly and multiplayer game options, such as Mario Kart, there are four controller ports so everyone can get a chance to play and kids will not have to argue over whose turn it is to play next.

The graphics in the game are also clear and brightly colored to amuse children and avoid them getting headaches from squinting their eyes. Although, some major gamers may think that the graphics provided from this device are not as precise as the Xbox.

If you are just looking for a gaming device that has kid friendly multiplayer games the Nintendo Game Cube is the device for you. But if you want a gaming device that will allow you to play online with others, stream videos or access the internet perhaps you should go in a different direction.

The Nintendo Game Cube does not offer Wi-Fi or Internet access which makes it impossible to stream videos from Netflix or YouTube.

The Game Cube also does not have internal storage, so you will have to purchase a lot of memory cards if you plan on saving a lot of different games. Because of today’s technology most people want a video game console that is internet accessible and has its own internal storage.

People want to buy as little accessories as possible. If these are things you are looking for in a video game console look towards a different brand. But if you just want a friendly and easy gaming system to get your mind off of the day, and play fun classic games, the Nintendo Game Cube is the way to go.