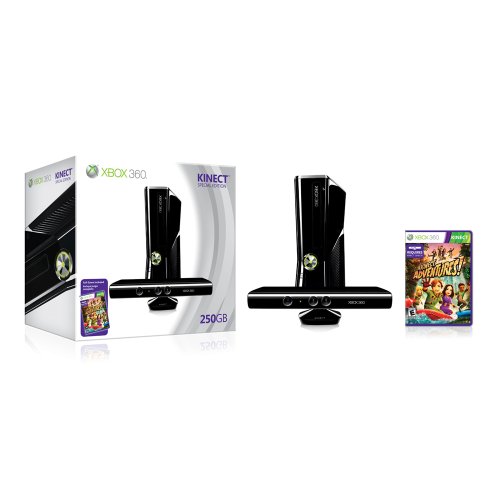 Microsoft has unleashed a gaming console that is handsfree. It may seem like a crazy concept at first, but Xbox has a new feature called Kinect that allows you to play specific games without needing to use a controller at all.

If you already have an Xbox all you have to do is purchase the Kinect sensor bar that sits under your TV so it can sense your every move, and the RGB camera so it can distinguish a person from an inanimate object in the room.

The Kinect is able to identify 20 separate points on each person that stands in front of the camera. Unfortunately, to be able to use the Kinect you must have a lot of room to move around in or you will be tripping over the other players.

Some games require you to be standing back a certain distance from the camera to allow you to play with more than one player. Other games advise you to move furniture out of the way. If you have your Kinect set up in a small room, it is going to be a struggle to get the full effect of the game.

With that being said, playing on the Kinect can be exhausting, because you are constantly moving, running, jumping, dodging, or depending on the game, dancing. You may end up realizing you are out-of-shape and be panting.

If you are just going to watch other play, you will find that it is amusing because the player will be losing a tad bit of their dignity as they are flailing around in front of a television screen. Lastly, it is great that the Kinect requires you to use your energy because it can help wear kids down after a day stuck inside.

The Xbox 360 with Kinect plays both Xbox 360 and Kinect games as well as DVDs. And most upgraded Xbox 360s have Wi-Fi access, allowing for many more advantages.

The Xbox 360 with Kinect is a great gaming system if you are looking for something different. While you are still able to enjoy the properties of the Xbox 360. Controller-free game play can be fun and interesting, especially in a house full of children who need to be worn out on a winter day.

And while it may seem like a complicated technological system, the Kinect sensor device is incredibly to set up with just a camera and a sensor bar that plugs into the Xbox via USB ports.

If you do not have an Xbox 360 already you are able to buy a bundled pack with both Xbox 360 and Kinect available at a cheaper price. But if you already own an Xbox 360, you can purchase a Kinect accessory separately to be able to enjoy controller free gaming.

Another bonus of the Xbox 360 with Kinect is that you get all of the advantages of having an Xbox 360, you are able to play all Xbox 360 games, and use the disc drive to play DVDs. Plus, the wifi ability to download games, accesses the internet and stream videos on apps like Netflix, Hulu, and Amazon.

Unfortunately to be able to use the Kinect you have to have a lot of space in the room you set up your Kinect in.

Typically, the Kinect will only allow up to two players at a time, and with the controller motion sensor bar, there only is room for two people to play.  Unless you plan on playing the Kinect often, it may not be worth the price to purchase.