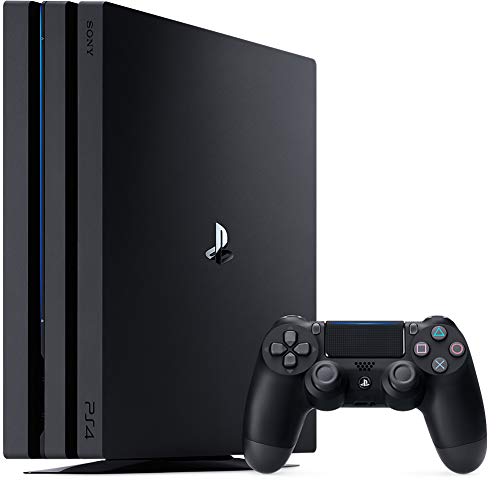 Video games and video game consoles have significantly changed and improved since they were conceptualized and released in the late sixties. From a simple ball and block games, the video game experience that we have now is truly remarkable and have evolved in both graphics and audio features.

Furthermore, you can even play with other players worldwide so your game challenges have increased and have become more challenging. Newer video game console models are also no longer limited to playing video games since you can use them for streaming videos and movies, and even surfing the internet.

Every couple of years, leading video game console manufacturers to release newer models that exceed the features of the older models. They feature better gaming experience than the older models by greatly improving the graphics and audio output that is provided by the newer consoles.

In this article, we will discuss the features of the Sony PlayStation 4 Pro and why it provides users from all over an amazing video gaming experience.

A summary of the main ingredients of the Sony PlayStation 4 Pro is as follows:

The Sony PlayStation 4 Pro is a great video game console that provides better image quality that shows great details and textures of your video games. If you do not have a PlayStation 4, this is a better option because of its hardware improvements and larger 1TB internal hard drive. This means that you can save more games with this model than the original PlayStation 4.

Since the Sony PlayStation 4 Pro is an upgrade of the original PlayStation 4 model, the PS4 accessories and video games are all compatible with this device. Playing and competing with other PlayStation 4 users is also made easier with a faster Wi-Fi connectivity. Furthermore, you can stream and watch your favorite TV shows and movies through your PlayStation 4 Pro.

Another great advantage of having a Sony PlayStation 4 Pro is that older PS4 games like Call of Duty look better and run faster. If you haven’t purchased a PS4, consider purchasing the PlayStation Pro model since it can provide you with a better gameplay experience.

The original PlayStation 4 model already offers the best gaming experience that Sony has to offer and was only upgraded to the Pro version. Still the original version is not something that their owners cannot be happy about.

It provides great HDR images even if it does not support a 4k graphic output. Also, the audio output is a great feature for gamers who want to hear real-life sounds while playing.