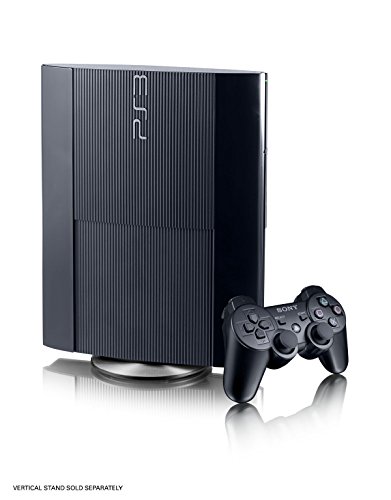 Video gaming has been one of the most popular forms of recreation since it became mainstream sometime in the 1980’s. Since then, the means through which these games could be played, apart from the things you could potentially do in a system, and the features of the consoles have pretty much expanded, allowing you to do a lot of things you never imagined possible in a console.

While manufacturers of consoles have come and gone through the years, one of those that stayed is Sony. To serve as their flagship gaming console, the PlayStation has come in various iterations through these years, with the latest one being the Sony PlayStation 3 500GB System.

Unlike other consoles that are big, bulky, and heavy, the PlayStation 3 takes pride by being one of the slimmest, yet most optimal functioning ones around. With a width of 11.4 in, depth of 9.1 inches, a height of 2.4 inches, as well as a weight of just a bit over 4 and a half pounds, the PlayStation 3 is just one of the lightest and smallest consoles. It allows you to place it comfortably on any table without having to think about reinforcement, supports, or special containers.

Having long wires to connect the console proper to the controllers is a thing of the past. With the PlayStation 3, all the controls are wireless and are battery operated. This allows you to worry less about loose connections, or to think less about ways for you to deal with these long wires. All that’s neededfor the controllers to do their part is the insertion of the battery and the necessary drives. Nothing more, nothing less.

What makes this particular console stand out in the world of gaming consoles is the fact that you can do so much more on the PlayStation 3 than other devices would ever let you. Apart from being able to play its rich roster of games—such as God of War, Uncharted, Little Big Planet, and Gran Turismo, among others—it also has support for Online Video Streaming in High-Definition on sites such as Amazon Instant Video, HBO Go, Hulu, and of course, Netflix. Apart from online video streaming, the PlayStation 3 also doubles as a Blu-Ray CD player, which definitely brings out the beauty in whatever you watch it in.

Many Functions in a Single Console

While most consoles are strictly limited to gaming, the Sony PlayStation 3 allows you to do so much more than that. This is because apart from its wide roster of powerhouse console games, it’s also equipped with online streaming capabilities, as well as doubles as a CD player that’s compatible with a huge variety of files.

This simply means that apart from playing games, you could also watch your favorite TV series or movies without the need for a separate CD player, or you having to connect your laptop to your television just for you to do so.

This is a great feature that’s a necessityin just about all of the gaming consoles in the market. The massive 500GB internal storage that the PlayStation 3 is equipped with would most definitely allow you to store so many games and save your progress without the lag caused by playing games on devices which internal memory is nearing on full. The PlayStation 3 allows you to experience several months of fun, fast gaming with a quick and responsive interface for months, or even years before you would end up having to clean things up.

Perfect for Single and Multiplayer

Having the PlayStation 3 around allows you to either experience the beauty of console gaming by yourself or shared with other people, such as friends and family. For those who have kids at home, having a console like the PS3 is the perfect way to bond with the entire family during idle weekends, either with its extensive selection of games, through watching a movie or favorite series.

Having no infrared port severely limits the accessories that could be paired and used in conjunction with the PS3. Instead of the infrared-powered accessories, the only compatible ones are those that make use of Bluetooth connectivity.

Having a disk drive that opens on top would not make the PS3 a welcome addition in extra narrow spaces, as the cover would need ample space for it to open up and for the disc to be properly placed. The top part of the compartment where you are to put the console ought to be large.

If you are not a fan of the Sony Electronics brand, then some of the best options you may have include the Xbox and the Nintendo Wii consoles. Both of these are the closest competitors for the PlayStation in the market.

If you’re on the lookout for a multi-purpose console, one which goes beyond gaming, and one which is complete with a massive internal storage, then the PlayStation 3 is one of the best choices for you.

Practicality is one of the traits people ought to possess. In connection to this, one of the best options for you regarding entertainment is a console that would double as other devices. If you are looking for a wise, practical choice in the world of consoles, then getting the PlayStation 3 is undeniably one of the most sensible decisions, as doing so is a perfect example of employing practicality, given that it goes beyond being a gaming console.